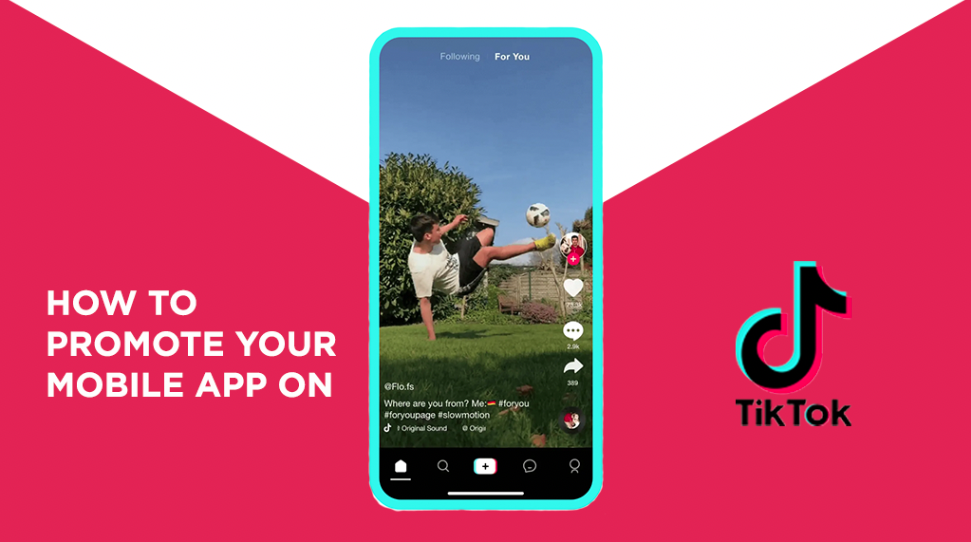 TikTok is the latest social media platform to be added to the advertising platforms rooster available for mobile marketers to acquire new users. Many experts in the digital space have been watching carefully the growth of the Chinese app, but still today very few have managed to understand the great potential available on it, especially when it comes to user acquisition.

TikTok has opened its doors to advertisers globally not so long ago. REPLUG, like other agencies, has had access to it to help our partners grow on new and unexplored channels, being one of the few partners whitelisted for advertising in Germany and other countries in Europe.

Let’s start with some background information, in case you missed the whole TikTok phenomenon.

TikTok is a video social network, where users create vertical videos of 15 seconds lengths. These, however, can be combined with other short videos to make a longer collection of a maximum of 60 seconds. The videos can include music samples, filters, and other visual effects that allow users to maximize the short length of the clips.

ByteDance, a Chinese company founded in 2012, launched in early 2016 the first version of the video social network, specifically for the local market, with the name Douyin. The international known version is launched officially only in 2017 and became popular in several countries, but especially in the U.S. thanks to the acquisition of the other music app musical.ly

In a very short time, TikTok takes the Stores by storm and climbs in popularity in no time. As a matter of fact, in 2018, TikTok was the most downloaded app on the App Store, ahead of YouTube, Facebook, and Instagram.

To understand how TikTok is taking over the world, it’s better to take a look at some numbers:

According to SensorTower, the lifetime value of TikTok users is also increasing, it has risen to $456.7 million. This represents an astonishing 2.5x growth within 5 months. Although China is still the leader in terms of value, the U.S. is right behind it, and then comes the U.K.

Another interesting point is that the majority of the revenues are generated on the App Store, roughly 95%, as opposed to the Google Play Store.

With those numbers is not so difficult to understand why this relatively new social network has become the center of attention for many advertisers. Both branding and performance marketers are embracing the platform to create new and exciting content to engage an underserved audience.

What are the advertising options for marketers?

There are 3 main ways advertisers can take advantage of the video social media network to promote their services or product:

To these options, advertisers can book directly with TikTok specific placements or “challenges”, that have predefined pricing and positioning in the app, such as the “hashtag challenge” or the “Top View” format.

How to master TikTok for performance-based mobile UA activities?

For mobile UA activities on a performance basis, we need to understand what are the opportunities and how to best take advantage of the fastest growing video social network.

First of all, for performance activities, we have been using the self-serve ad platform that TikTok provides. This is pretty convenient as it is already connected to all the major MMPs and the UI is very similar to Facebook ads manager, which makes it very simple to navigate.

The below data has been gathered while running campaigns for some of our partners in the past few months, specifically in the European markets, but across different verticals.

The first thing we have noticed while running app installs campaigns on TikTok is that the ad inventory is very affordable compared to other ad platforms. Most likely it is because they have recently opened to advertisers on a performance basis, and the competition is limited, so far.

To get a better idea of the low ad inventory costs, we decided to make a direct comparison with Facebook and the results were just astonishing.

The data above prove to be even more interesting if we consider that on TikTok we spent only 16% of the budget we spent on Facebook.

Learning #2 – The Audience is engaged and converts down the funnel

One of the biggest concerns for many advertisers is that being the TikTok audience very young, compared especially with Facebook or other social media channels, they barely convert down the funnel, that is, they don’t buy.

With respect to the period analyzed, we noticed quite the opposite though.

We could see the following:

Learning #3 – Work Closely with Influencers to Get the Results

While running the campaigns for our partners, we noticed that the key to bringing meaningful results is in creating content that is aligned with the channel. As TikTok claims “Don’t make ads, make TikTok”.

In the initial testing phase, we decided to try video creatives used on other channels (like IG) and got some first encouraging results. However, based on our experience and research, we were not fully convinced that using other channels’ creatives was the best approach to improve further the cost of acquisition.

After agreeing with our partner, we decided to change gear and took a new approach.

We researched whether TikTok users were already using our customers’ products in their videos. We did so by searching the company name in the hashtag section. Following that, we approached a few micro-influencers and asked them to create custom-made videos for our partner.

While doing this, we also started to look at the Creator Marketplace offered by TikTok to approach bigger influencers and also test this option.

This combined approach resulted in a great opportunity for our partner. It allowed us to reach users both with a paid strategy, but also organically, as those influencers kept sharing the videos on their profile.

On top of that, the content created was perceived as “original” by viewers, getting an incredible engagement rate.

Mastering this approach on TikTok is fundamental for getting the right results on the channel, for this reason, we put together a few key insights based on our experience:

WANT TO GROW YOUR APP ON TIKTOK?
Tags:TikTokuser acquisition

How To Write A Good Facebook Ad Copy: 7 Practical Advice

Any cookies that may not be particularly necessary for the website to function and is used specifically to collect user personal data via analytics, ads, other embedded contents are termed as non-necessary cookies. It is mandatory to procure user consent prior to running these cookies on your website.