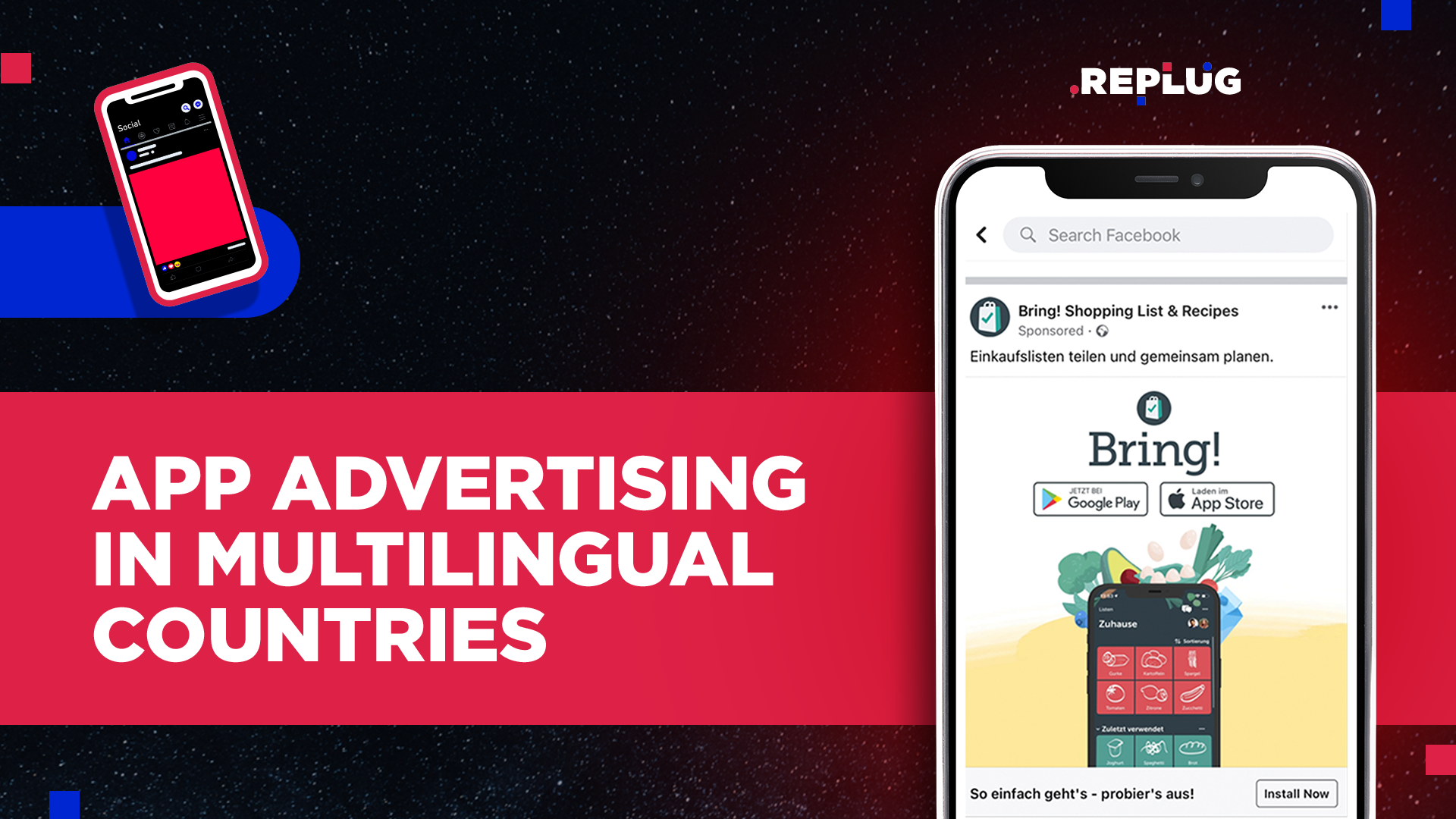 Have you wondered how you manage mobile app advertising in multilingual countries? Today we show you one way to do it through Facebook. Read on!

Have you finally finished your mobile app and are eager to share it with the world? Huge congrats. However, unless you advertise your app to your intended audience, it will become lost in the ocean of other apps.

In this article, we would like to share tips and tricks on how you can efficiently advertise your mobile app, even in multilingual countries—all with Facebook. Let’s get started.

Multilingualism is the practice of using more than one language by either a person or a country. There’s an important difference between social and personal multilingualism, especially when referring to countries.

Usually, mobile marketing managers will separate their campaigns or ad sets by language to reach the correct audience with relevant creatives and ad copies. With such separation in place, marketers will have better control over the budget of individual language groups. However, the optimization of the campaign will be greatly impacted.

Let’s take Switzerland as an example and Facebook as an advertising channel.

When running mobile app install campaigns, however, marketers will need to take into account the fact that the reach of each campaign set up in this way, would be very limited. In fact, the population will not be as dense as running campaigns for the whole country, and marketers will have to split the campaigns also per OS (iOS/Android).

With these conditions in place, most likely, the CPMs will rise severely, hindering the Facebook algorithm’s ability to optimize. In most cases in paid user acquisition campaigns, Facebook’s algorithm requires a wide audience to improve optimization.

For the past few months, we have been working closely with the team at Bring!.

Bring! Shopping List is an app that lets users create shopping lists and browse the current offers in local grocery stores. The app is the largest shopping platform in Europe, with over 10 million households taking advantage of its features, and it has its core presence in the DACH area.

While working together on optimizing their performance marketing campaigns in the DACH region, we had the opportunity to test the Facebook Dynamic Language feature, which helps companies automatically localize the ads in different languages.

At the beginning of the acquisition phase in Switzerland, we divided the campaigns into three languages (German, French, Italian) for the Android version, each running separately. After a month of testing, however, noticing that the results were not sustainable, we decided to consolidate the languages into a single campaign by activating Facebook’s dynamic language optimization tool.

The consolidation helped us achieve significant improvements in both CPM and Cost Per Install.

Within just a few days of the activation of the Facebook Dynamic Language feature, the average CPM (Reach) decreased by 42%, and the average CPI improved by 9.6%.

Even though we had no control over spending on languages after the consolidation, Facebook’s algorithm was able to allocate the spending logically, considering the language group population in Switzerland.

Here below is a list of how the budget was allocated:

Dynamic Language Optimization feature on Facebook brought our client significantly better results, in terms of both Cost Per Install and Cost-per 1000 people reached. The feature is worth trying when mobile app advertising in multilingual countries.

Although there is no guarantee that the algorithm will split the budget logically, the CPM will most likely be lower than split campaigns, giving us the confidence to at least add this option to our tricks bag to optimize mobile app campaigns more efficiently.

Are you looking for a team of experts to scale your mobile app marketing activities internationally? Reach out to us and someone in the team will get back to you!