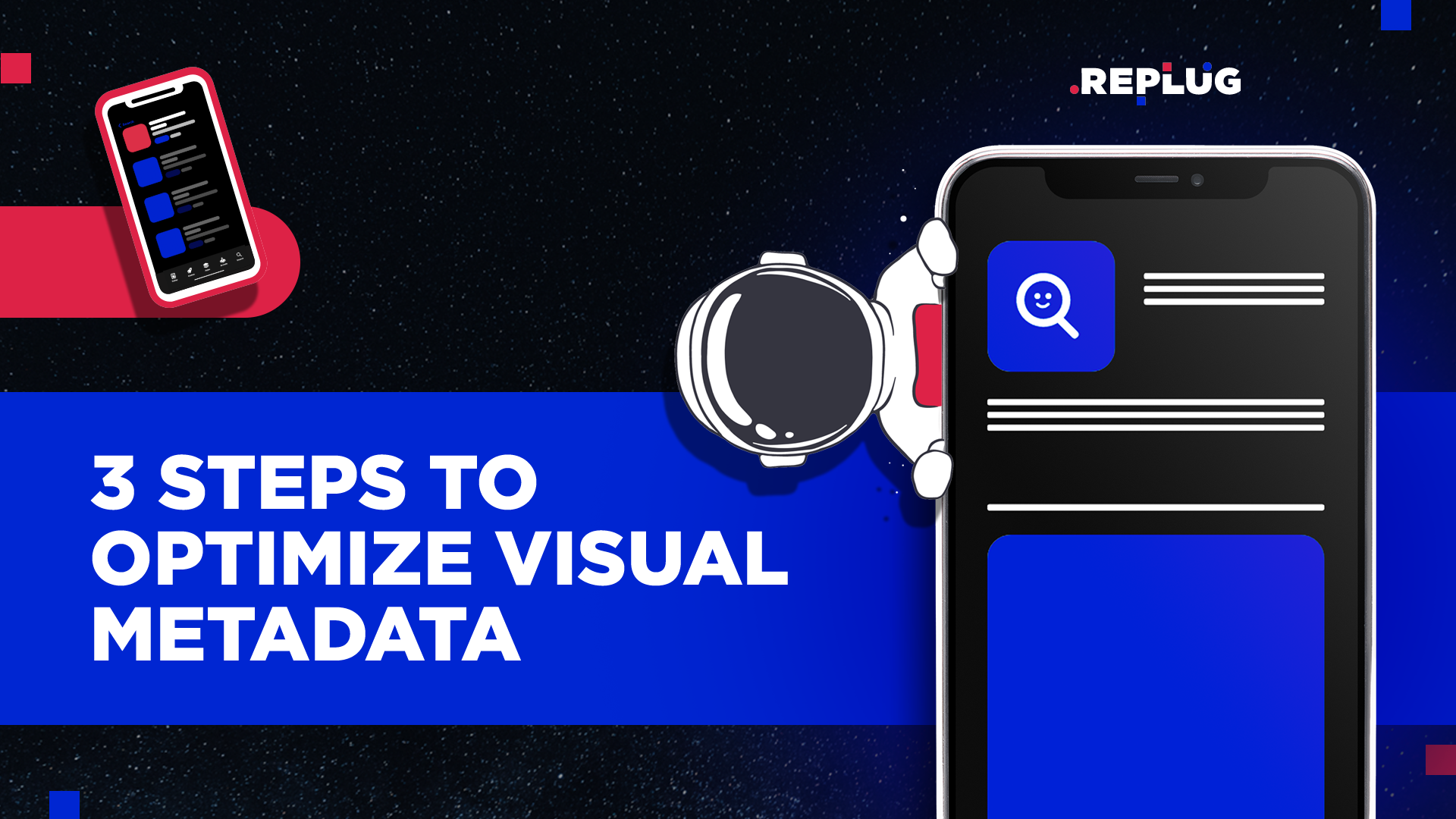 Do you think photo metadata is important overall for your mobile app? Of course, it is. In this article, we will focus on its value as well as the best approach when optimizing it.

The focus of the optimization process is, indeed, the metadata, both textual and visual. Although this article aims to dive deeper into the improvement of the latter, let me give you a brief introduction to the topic at a generic level.

Ever heard of this term? If you’re not new to the Mobile Marketing world, you almost certainly have. Metadata literally means “data about data” (the Greek prefix meta means “beyond”), and it identifies as a set of data that describes other data.

Sounds pretty dull, right? Well, let me walk you through the topic: things will get juicier and juicier, I promise! In the context of mobile applications, for example, metadata is critical and translates into something not as abstract as its definition.

An app’s metadata is that whole set of information that describes the app’s presence on a mobile store (be it the App Store, the Play Store, etc.). Among this information are title, subtitle, icon, and other elements that we’ll get to in a second. We can group such elements into two categories: textual metadata and visual metadata.

Let’s have a look at each of them separately.

We can define textual metadata as a set of information regarding a mobile application composed of text (strings, in the jargon).

All this textual metadata is visible on the App and Play Store except the keywords field (iOS), which is hidden from users.

Textual metadata is used by the search algorithms to establish a ranking of the million apps that populate the stores. Moreover, the goal is to provide users with apps that are relevant to the search they’ve just performed.

We can think of photo metadata as a set of information related to a mobile app that is composed of images. Worth to mention as some of the most popular items within this group are: icons, video previews, feature graphics (Android), and screenshots. Visual metadata is a sort of window on an app as it helps users to understand at a first glance what the app is about and what main features it offers. All visual metadata is visible on the Stores.

Why Should Visual Metadata Be Optimized?

As just mentioned, photo metadata is a window from which users look at an app and judge it. And, as much as clothes make the man, visual metadata makes the app. However, bear in mind not to focus just on the aesthetic part.

Users are looking for an app to satisfy their needs and craving for information before downloading any. That’s why image metadata should be balanced, combining an aesthetically pleasing design with a whole set of relevant info describing the app and its features. To go straight to the point: if you want your app to be successful, you must optimize its visual metadata. Here below we show you how.

3 Steps You Must Follow to Optimize Your Image Metadata

Based on the multiple projects managed at REPLUG, combined with the extensive experience I have in the industry, I came up with a basic, but effective, model, which we now apply to the projects we manage.

The three fundamental steps to follow if you want to optimize your app’s visual metadata are:

What does research have to do with visual metadata optimization? Believe me: it’s exactly where you should start. Especially if you’re not very familiar with ASO or with the archetype your app belongs to, research has to be the first step of your visual optimization journey.

By “research” I mean studying:

In order to be able to answer these questions, you might want to look into some tools that are well-renowned among ASO specialists. For instance, some of the most used are AppTweak, SensorTower, and Data.Ai (old AppAnnie).

2) Show What You Got

Have you ever downloaded an app thinking it was exactly what you were looking for and then, only after opening it, discovered it was a totally different thing? I bet you felt kind of lied to. Well, this is precisely what we must avoid when optimizing photo metadata. As I mentioned earlier, there’s much else you should look after besides aesthetics.

Make sure your designers never lose their focus on the following:

The final step of your image optimization journey is actually a list of three check-ups to do once you’re done with steps 1 and 2, and you’re about to hit the “upload” button on your brand new visual metadata. I’ve decided to name it “The 3 C-s rule“: Catchy, Consistent, and Compliant, and they all refer to visual metadata.

Let’s have a look at them separately:

The final question you should ask yourself is: is my photo metadata catchy, consistent, and compliant? If the answer is yes, then smash that upload button: it will be a success.

Are you looking to improve your Store Listing positioning and conversion rate? Get in touch with us, and let us improve your app performance!