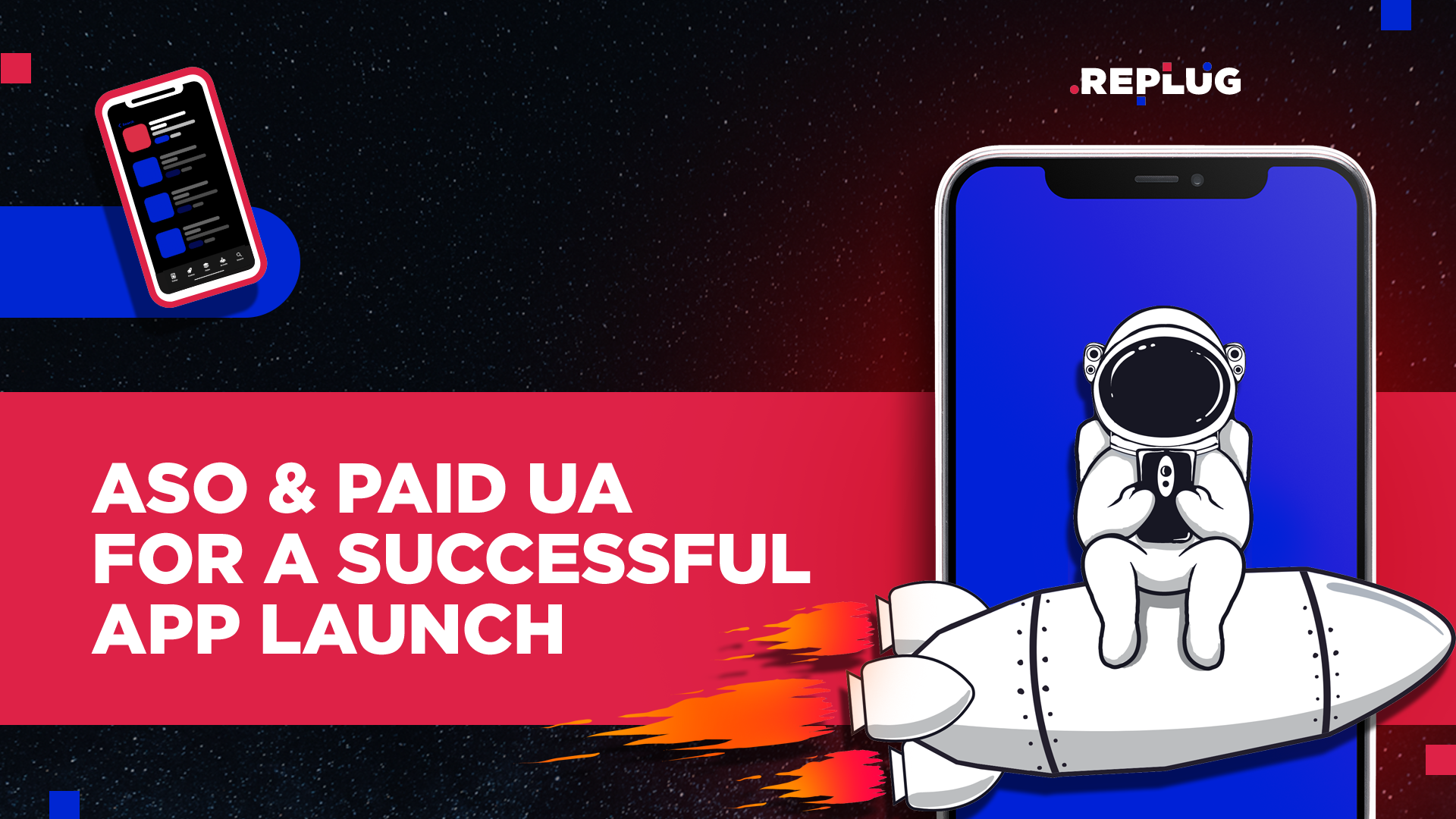 For the mobile app launch to be successful, you must consider combining ASO and Paid UA activities.

With about 6 million mobile applications available in the two major Stores, getting users’ attention when launching a new mobile app has become increasingly complex.

App growth has never resulted from one activity but rather from a combination of key actions and coordination between departments to drive long-term growth. Even more so, with the recent changes in tracking and attribution, this holistic approach should play an important role in every app marketing team.

When launching a new app in the Stores or opening a new geographic location, the main goal for app developers is to increase visibility to drive more downloads (and, ultimately, revenue). Moreover, many app developers believe that investing in paid user acquisition or app store optimization alone can drive the right amount of users, hence long-term growth.

However, strategizing simultaneously these two methods can be tricky due to different departments’ objectives and alignment directions.

This article was originally published on Business of Apps.

At REPLUG, we have been evangelizing a full-funnel app marketing strategy for a while now. We believe that app growth is a coordinated effort that starts from the first impression and goes down to the last in-app activity that drives revenue.

Simply put, a car cannot function well when one of the key elements of its engine doesn’t work. In the same way, when looking at app growth, we need to consider all the relevant components of its strategy to ensure long-term success. At REPLUG, we use our Growth Rocket Model to identify key growth areas in a mobile app strategy based on the objectives our partners give us.

A full-funnel marketing strategy allows an organization to visualize and focus on each stage of the user conversion funnel, tweaking the right knobs to achieve the desired results.

When looking at the conversion funnel, the three main stages to consider are:

Launching a new mobile app in a new geographic location needs to follow specific steps to maximize the impact of our marketing activities. The first steps to consider are:

These simple yet essential questions are crucial to determining the success of a mobile app launch strategy. Most often, mobile marketers ignore that an app doing great in a specific market is not always received in the same way in another (cultural differences, channels reach, different competitors, and others).

At the end of last year, our team got approached by a mobile app development studio with many successful apps. Among those is a logo maker application, which was already live on iOS with over 5 million active downloads.

Considering the massive success of the app on the App Store, the team wanted to achieve similar success on the Google Play Store. They asked us to design a strategy that would include App Store Optimization and Paid User Acquisition activities for their recently launched Android app.

Why Combining ASO and Paid UA Is a Good App Growth Strategy?

Combining an organic and paid strategy is key to developing a long-lasting loyal customer base. With ASO, users will quickly find our app in the Stores through organic searches and convert better, thanks to a clear visual and textual communication strategy.

At the same time, we need to coordinate our message and paid strategy with what the users will find on the Store Pages. Therefore, blending ASO and Paid User Acquisition activities is essential to drive installs and grow the app presence.

Let’s see what are the best steps for ASO and paid UA when it comes to mobile app launch.

Our team’s first step was to review their Google Play Store Page and optimize it to maximize visibility for long-tail keywords and low-hanging fruits that competitors were not yet grabbing. The team focused on an in-depth competitor analysis, identifying users’ pain points and aligning the optimization strategy to make the app stand out from the competition.

The optimization led to an immediate uplift in overall visibility, backed up by paid user acquisition.

The optimization was timed well and aligned with the upcoming Christmas season. As a matter of fact, it took roughly two weeks for the changes to be digested by the algorithm to show the big jump in visibility.

Step 2: Back up the Organic Efforts With Paid Activities

As soon as the optimization was released in the Store, our paid user acquisition team started with campaigns on two main channels: Google and Facebook. Because we were targeting exclusively Android users and wanted to drive a higher number of installs to move the needle in the category rank, the team allocated most of the budget to Google.

Considering the seasonality, the team soon realized that the competition on Facebook would hinder our strategy to drive a high number of installs due to the higher CPM.

From the beginning, we noticed that Google App Campaigns were performing considerably better than the Facebook ones, so the team decided to perform a few tests to try to lower the CPIs. We tested the Lookalike Audience segmentation to identify similar users to our existing audience.

Moreover, through different testing, we noticed that a broader audience actually led to a sharp decrease in CPI and engagement in the app.

The next step is to understand the impact of the combined activities, not only in the short term but also in the long term. By understanding the effect of each activity, we can then also better assess what future activities we want to implement in our growth strategy.

In this specific case, the combination of ASO and Paid UA led to an increase in organic visibility for several key search terms, increasing the organic installs. On top of that, we saw an improvement in the category ranking (both free and grossing) which lasted for a longer period resulting in positive revenue growth.

When looking at the visibility growth of the chosen keywords in our optimization strategy, the App Store Optimization impact was clear.

By looking at the combined effect from an organic installs perspective, it was also possible to see how both ASO and Paid UA activities generated value for the app also in the two months following the activities.

Last but not least, when analyzing the category rank impact, we noticed how the paid user acquisition activities immediately impacted the free category rank – bringing up the app in the ranks and giving it more visibility.

However, the most important impact, perhaps, that the combination of ASO and Paid User Acquisition strategy led to was the long-lasting grossing category rank, which lasted well beyond our growth strategy, showing how the revenue impact has been positive.

Combining ASO and Paid UA is an important step in delivering long-lasting value for any app developer and company trying to master the mobile app launch game. In this specific case, we were able to show how both organic and paid activities for a defined period of time (if done well and with a clear objective in mind) could lead to the consistent growth in revenue.

It’s important to remember that neither ASO nor Paid UA is a stand-alone activity, and they should always be thought of in combination with each other.

On the one hand, a well-executed App Store Optimization strategy can help us increase conversion rate, drive down costs of acquisition, and, eventually, also create a long impact on the revenue our app generates. With Paid user acquisition activities, on the other hand, we can back up our organic optimization to facilitate discovery and conversion.

In a digital world where it has become increasingly difficult to attribute paid channels value, marketing teams and companies need to start approaching app growth with a holistic mindset, combining more activities, and aligning objectives towards a unique goal.

Are you launching or entering a new market with your mobile app? Get in touch with our team of app marketing experts and start scaling now!